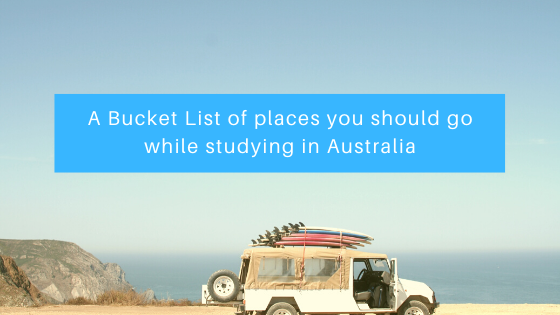 Moving to a different country is exciting, but is not an easy feat. Meeting tons of new faces and trying new things is normal when you’re an international student in a foreign land. Being away from your family, feeling scared while navigating through your new environment is also not a new thing for anyone starting out in a new environment. But once you have settled in, you can still enjoy your new home if you go outside your comfort zone and embrace new sights and experiences! Enjoy the wonders that Australia has to offer and make new memories while you work towards your dream career.

To help get you started, here is a bucket list of places you should go while studying in Australia: 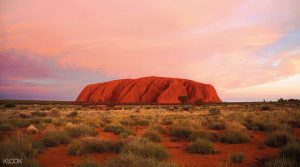 There are still many ways to enjoy the world’s largest single rock monolith in the Northern Territory’s Red Centre, however, one we absolutely recommend is watching the magnificent sunset at the Talinguru Nyakunytjaku viewing platform. 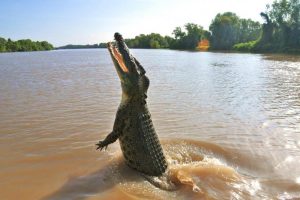 Crocodiles in the Northern Territory

See these ancient reptiles safely at Nitmiluk National Park and World Heritage-listed Kakadu National Park, which both provided backdrops to the movie that made Paul Hogan an international star, Crocodile Dundee, or take one of the many river cruises available to see these prehistoric reptiles up close and personal. 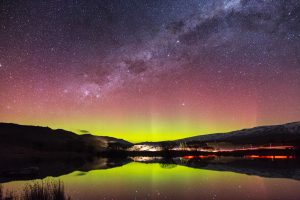 Also known as the Aurora Australis, Australia’s answer to the Northern Lights is just as beautiful – if you can catch a glimpse of them. Your best chance of viewing the glowing phenomenon is to go as far south as possible, meaning the island of Tasmania. The island’s Freycinet National Park offers a front-row seat, with very little light pollution to get in the way of your experience. 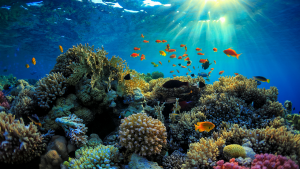 Off the coast of Queensland lies the Great Barrier Reef, the world’s largest coral reef system. Its 2,900 coral reefs are remarkable in their beauty and are the habitat of thousands of different species, including the threatened dugong (sea cow) and the large green turtle. 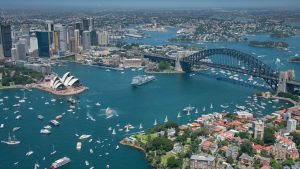 Is there any more recognizable Australian sight than Sydney Harbour? The Harbour Bridge and Sydney Opera House are both here, and the best way to see both is from the water. Catch a ferry for only a few dollars, or indulge in a dinner cruise, both are great ways to enjoy this natural wonder. 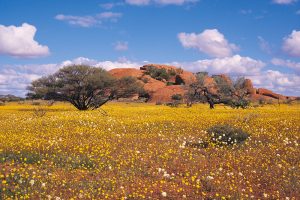 Every July to October, Western Australia blooms with some of the most spectacular wildflowers displays the world has to offer; the area is one of only 34 global biodiversity hotspots and is listed by the WWF as one of the most ecologically significant areas in the world. Nicknamed The Profusion, much of the region turns into a patchwork carpet of color. 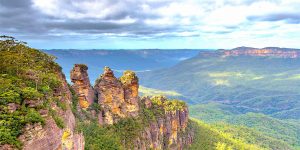 The Blue Mountains lie two hours outside Sydney and is a popular natural spot. They’re also home to the Three Sisters, the three towering pillars of stone are one of the region’s best-known sights. They are believed ought to stand guard and watch over the land of the Darug, Gundungurra, Wiradjuri, and Dharawal Aboriginal peoples. 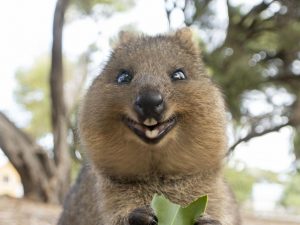 The smiling face of the quokka regularly goes viral. It is surely one of the world’s happiest animals. This cute critter is the only mammal native to Rottnest Island, off the coast of Perth WA, which is home to around 10,000 of them. Quokkas aren’t smiling at you, of course, but are instead opening their mouths to pant, like dogs, when they get hot. They are wild animals so be careful to admire them from afar. 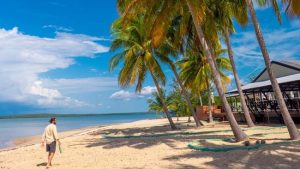 Floating in the Timor Sea, 50 miles north of Darwin, the Tiwi Islands comprise two main isles: Bathurst and Melville. This is one of the best places in Australia to experience Aboriginal culture, with most of the islands’ residents of Aboriginal descent. The islands are particularly famed for their love of football – a tournament is held every March – and art. Art centers can be found all over the island, as well as galleries and public pieces decorating schools, burial poles, and churches. 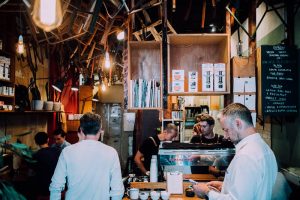 The coastal capital of Victoria is well-known for its coffee culture, beating Rome, Vienna, and Sydney in 2014 to be named as the home of the best coffee in the world by travel website Booking.com. Melbourne’s flat whites in particular have become known and loved all over the world. Patricia on Little Bourke Street is regularly named one of the best cafes in the city, while the trendy neighborhoods of Fitzroy and Collingwood have a glut of good coffee spots. 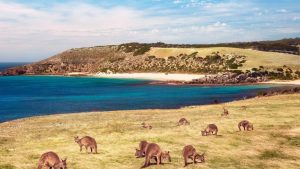 One of the world’s best destinations for nature lovers, Kangaroo Island is the third largest island off the coast of mainland Australia and has a mammoth 300 miles of coastline. It’s also filled with a wide array of animals, including koalas, kangaroos, and sea lions. 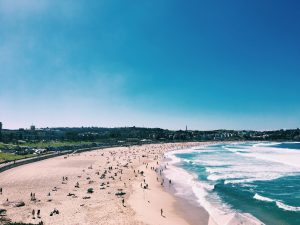 The beautiful crescent of Bondi is one of Australia’s most recognizable beaches, and the surrounding suburb is one of Sydney’s trendiest, with relaxed cafes and health-conscious restaurants nearly always humming with cool Aussies and hip visitors. The reliable waves also draw a huge number of surfers to the area – lessons are regularly held for beginners too.

Want to join the discussion?
Feel free to contribute!

Why you should be an International Student: The benefits of studying abroad